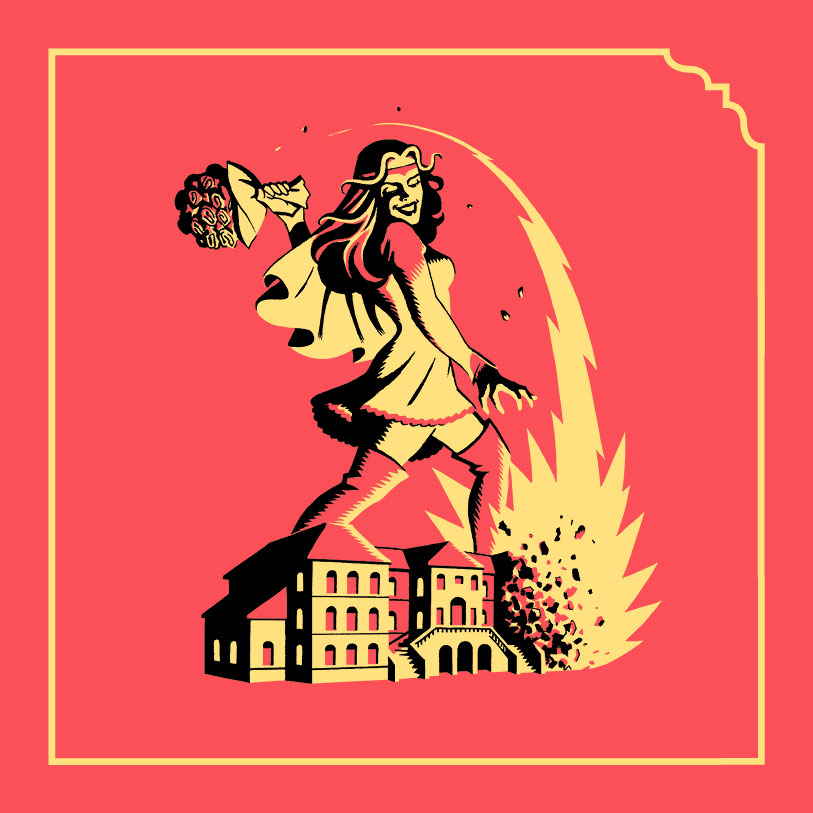 Watch Le nozze in villa on the new Web TV on 22 November!

Le nozze in villa is this year’s opera for the #Donizetti200, a project that involves the staging of a work by the composer from Bergamo on its 200th anniversary.

Le nozze in villa is Gaetano Donizetti’s third dramatic work, an opera buffa whose history is not easy to reconstruct:we know it thanks to a single surviving score, not autographed and unfortunately incomplete (a Quintet is missing in Act II); we have no libretto printed on the occasion of its debut; there is no direct evidence of its first performance. We can, however, indirectly retrace the place and year of its debut (Mantua, carnival 1819), know the initial reception (disappointing: the young composer’s first fiasco), imagine it had a remake and a re-presentation (Treviso, Spring 1820).

As for Enrico di Borgogna and Una follia before, Donizetti’s librettist for this third play was Bartolomeo Merelli from Bergamo, who turned an 1803 comedy by August von Kotzebue, translated into Italian with the title I provinciali, into an opera buffa. And so we have an intentionally over the top comedy dealing with a young couple in love grappling with a caricaturedsmug father, and a groom-to-be no less ridiculous.

According to the testimony of an old school friend of Donizetti’s, it was at the time of the Le nozze in villa that he realised the “need to follow the genius of Rossini in order to please the taste of contemporary audiences” and establish himself as an operatic author: only then, would he have thought of  “ascending his own way”.

Le nozze in villa: synopses of the opera

Trifoglio, the village schoolmaster, is teaching a lesson. Petronio, the podestà, comes looking for him. He has decided that Trifoglio will marry his daughter Sabina. The master is sceptical, because Petronio has not consulted his daughter.

Sabina is sad. She is looking at the portrait of Claudio, a young man she met in the city with whom she is in love. But, despite his many promises, the young man still cannot be seen. Enter Anastasia, her grandmother. Sabina hides the portrait. But nothing escapes her grandmother. Sabina invents: the picture portrays the king that everyone loves, and Anastasia takes hold of the portrait. Petronio and Trifoglio enter: the podestà introduces the master to his daughter as her future husband, and Trifoglio begins a clumsy love declaration.

In the meantime, a message arrives warning Petronio of the arrival of a high-ranking gentleman, Claudio. Sabina has a wince: it is him. In fact, here he is, Claudio. Anastasia feels faint: the stranger is the subject of Sabina’s portrait, so the king is in their house. While Sabina and Claudio swear mutual loyalty, they are interrupted by Petronio who is preparing to welcome the alleged sovereign. Claudio asks for enlightenment and, to everybody’s disappointment, Sabina is forced to explain the misunderstanding.

Petronio is furious but does not change his mind: Sabina will marry Trifoglio. In fact, preparations for the wedding are fervent. In the meantime, Claudio is grappling with Trifoglio. To all the doubts that the former tries to cast upon him, the latter replies that he is convinced of his young bride’s love. But Claudio is also waiting in vain for Sabina. She eventually arrives and the two of them, hidden by the darkness of the night, renew their mutual love promise.

A guitar is heard. It is Trifoglio, who is serenading his bride-to-be. All the inhabitants of the house arrive, light a lantern, and find the two clandestine lovers in flagrante. At this point, Trifoglio demands an explanation. The contract is not signed, his desire to marry Sabina has vanished and, in any case, he claims a dowry. Petronio begins his endless list: titles, cards, fifty-eight wigs, an aerostatic balloon and six dozen glasses, but not a single coin. Trifoglio then breaks off their engagement.

Sabina reflects on what is happening: she will have neither Trifoglio, whom she did not want, nor Claudio whom she loves. But Claudio has not given up. Petronio is unable to keep his daughter at his command. But Claudio knows how to soften him: he will not claim any dowry. And Petronio is won: Sabina will marry Claudio.