29th november: great celebrations for the anniversary of the composer’s birth 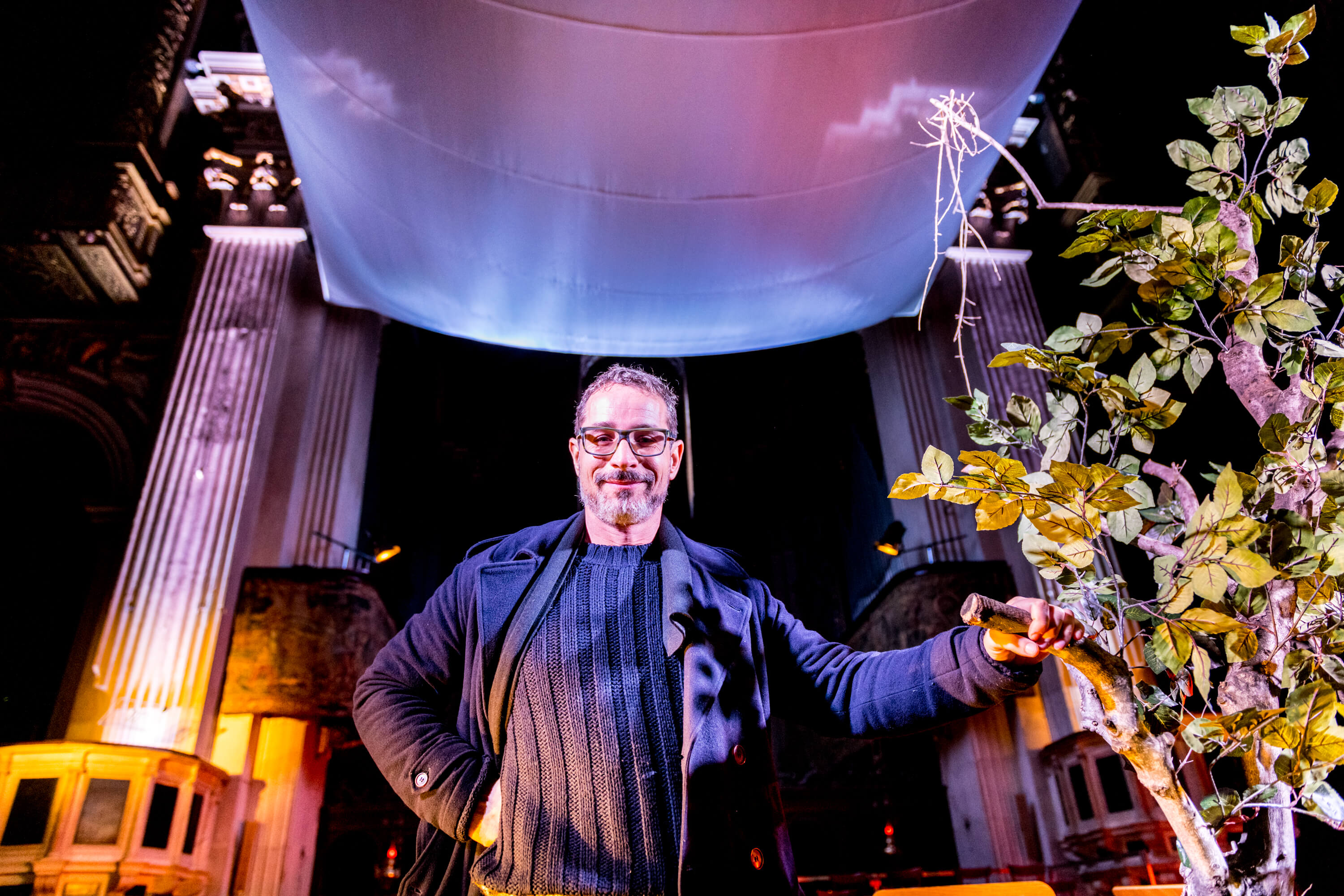 29th november: great celebrations for the anniversary of the composer’s birth

Not to be missed is Haydn’s ‘La Creazione’ (The Creation), in Italian, in the Basilica of Santa Maria Maggiore, with an unprecedented setting by Francesco Micheli;

Plus the ‘Enrico Young’ programme and concert by Mariella Devia.

The anniversary of Donzetti’s birth is the celebratory occasion around which the Donizetti Opera Festival is organized under the direction of Francesco Micheli. Its first week has seen major successes, with the selling out of the premiere of the opera Il castello di Kenilworth (Kenilworth Castle), directed by Riccardo Frizza.

There are great expectations for events scheduled for the 29th of November 2018, culminating in Haydn’s La Creazione (The Creation), in the Italian version by Mayr performed in Bergamo in 1809. The new interpretation is signed by Francesco Micheli, with Corrado Rovaris taking the podium. 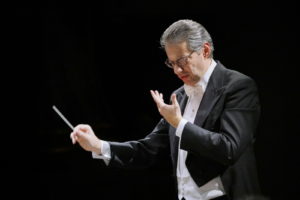 The events of the 29th of November begin in the morning with the last day of performances at the Teatro Sociale (at 9.30 and 11.30am) of the opera Enrico Young, an adaption for elementary and middle school pupils of the opera Enrico di Borgogna, which debuted two hundred years ago in Venice, and sees its latest incarnation as part of the project #donizetti200 (27th, 28th and 29th November).

At 10.30am, in the Basilica of Santa Maria Maggiore, where Donizetti and his teacher Giovanni Simone Mayr are laid to rest, students involved in the ‘Enrico Young’ project, together with the general public of Bergamo, will pay homage to the two musicians. A musical intervention by the Donizetti Conservatory of Bergamo will be followed by a tribute at the composers’ tombs.

At 20.30, again in the Basilica of Santa Maria Maggiore, there will be a performance of the oratorio of Haydn’s La Creazione (The Creation), in the Italian edition with verses by Giuseppe Carpani, adapted from the original Die Schöpfung. The performance has been conceived to commemorate the occasion, in 1809, when Mayr premiered the opera at the Teatro della Società, with Donizetti among the minor singers, to raise funds for the establishment of the Pio Institute, ‘in order to relieve the old and weak professors, their widows and orphans’, as we read in the libretto’s dedication printed for the occasion and kept at Bergamo’s Angelo Mai Civic Library). 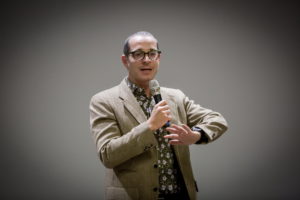 The performance is not to be missed, and will be a surprise for all in the Basilica of Santa Maria Maggiore, thanks to an innovative setting signed by the artistic director of the Donizetti Opera Festival, Francesco Micheli, together with Angelo Sala, and the images of Francesca Ballarini projected on a veil stretched over the imposing nave of the Basilica. It will be an unprecedented show for Bergamo, set to mark the artistic director’s premiere in the festival programme. The vocal performers will include soprano Angela Nisi, who will wear a wedding dress specially created by the Bergamo boutique ‘Le Spose di Giò’, tenor Diego Godoy and bass Luca Tittoto. The Virtuosi Italiani, with a pleasant return for the orchestral team after 2015’s Ann Bolena (Anne Boleyn), will be directed by Corrado Rovaris, and supported by the Hungarian Radio Choir, directed by Zoltán Pad.

Around the anniversary of Donizetti’s birth, there will be a series of other events, making up the programme for the second week in 2018’s Donizetti Opera Festival.

The now traditional vocal concert on the 28th of November at 8.30pm will star the soprano Mariella Devia. After a stage farewell, at the end of an intense international career spanning four decades, the Genoese soprano has embarked on a concert tour of the most prestigious theatre stages in Europe, including the Teatro Sociale of Bergamo, in the hometown of one of the soprano’s most beloved and performed composers. The concert programme consists of the final scenes of the so-called ‘Trilogia Tudor’ (Tudor Trilogy), with Mariella Devia interpreting the three Tudor queens Anne Boleyn, Mary Stuart and Elizabeth I, flanked by the voices of Federica Vitali, Francisco Brito, Lorenzo Barbieri and Alessandro Ravasio. Taking the podium for the Philharmonic Orchestra of the Piano Festival of Brescia and Bergamo will be one of her historical collaborators, Giuseppe Sabbatini, who, after a remarkable tenor career on the major stages of the world, takes up the baton for just such special occasions as this. The event will also see the participation of the Donizetti Opera Chorus, under the direction of Fabio Tartari. At the end of the concert, the Donizetti Opera Festival audience will receive a sweet tasting of candied chestnuts, a delight that Gaetano Donizetti himself was fond of, offered by Italcanditi, a symbol of Bergamo’s pastry and taste excellence conceived in 1963 by Angelo Goffi, and a company that has recently joined the ranks of ‘Ambasciatori di Donizetti’ (Ambassadors of Donizetti), supporters of the festival with Art Bonus.

Enrico Young (27th, 28th and 29th November): an original reduction of the opera Enrico di Borgogna designed for audiences from primary and secondary schools. “The first work of the young Gaetano will coincide with the first time at the theatre for many youngsters from Bergamo’, comments Francesco Micheli. A team of people – Silvia Lorenzi, Umberto Zanoletti, Nicole Figini, Maria Luisa Bafunno and Alice Guarente – who followed our course ‘Donizetti with a Z’, a continuous training workshop for enthusiasts and professionals, elaborated this reduction of the music and libretto of this title, which, in 1818, was Donizetti’s operatic debut. 200 years have passed since the birth of this story set to music, the story of Henry, a young hero learning to extricate himself from the troubles of life to succeed in an incredible undertaking: that of becoming an adult, which today we wanted to transform into a great lesson for our young audience of budding Donizettis!”.
The ‘Enrico Young’ working group was coordinated by Paolo Cascio, Francesco Micheli and Paolo Ferrari of PromoScuola. The six performances will be attended by over 2,000 students from the provinces of Bergamo, Brescia and Monza Brianza. Through constant collaboration with their teachers, the students have been stimulated by the foundation through dedicated activities that will make them protagonists of the show. Indeed, the students themselves will sing the passages that in the original version were intended for the choir, and the scenery will feature incisive contributions through heraldic coats of arms created in the classroom and worn to the theatre. All the classes were also invited to create a cloth pennant, again inspired by noble heraldry, each of which will contribute to forming Henry’s regal coat in the finale. Finally, the students will make a decisive impact on the dramaturgy itself, delivering short poems, written in class, at the entrance to the theatre, which will be drawn from a hat for by the singers to recite on stage, using them as a source of inspiration for the declarations of love of the characters.