Preview of the Donizetti Opera 2020 titles: “Marino Faliero” and “La fille du régiment” for the return of the opera at Donizetti Theatre 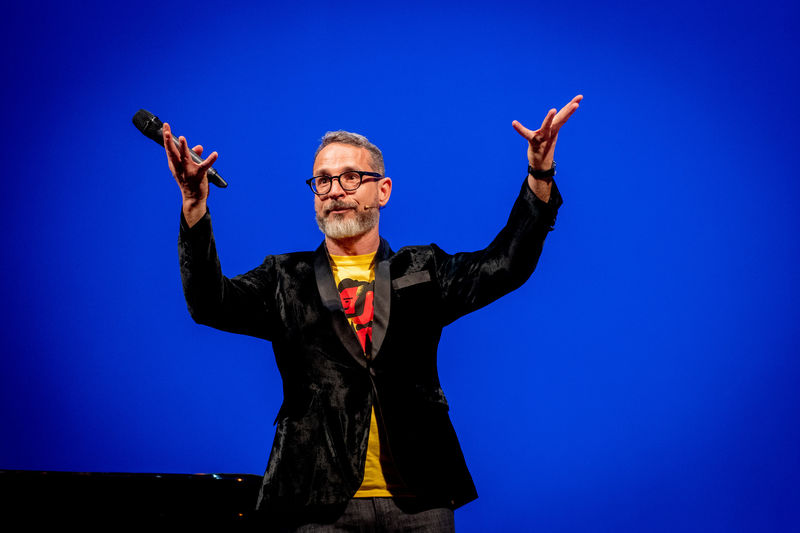 Preview of the Donizetti Opera 2020 titles: “Marino Faliero” and “La fille du régiment” for the return of the opera at Donizetti Theatre

Two great titles of the composer from Bergamo will mark the reopening of the theatre after the restorations.
The National Critical Edition with Casa Ricordi continues with a new title

Coinciding with the opening of the Donizetti Opera 2019 festival, the first two titles of the 2020 program are announced, those that will be staged at the Donizetti Theatre: Marino Faliero and La fille du régiment will thus mark the definitive return of the opera to the stage of the City Theatre which will reopen in September 2020.

The Donizetti rediscovery project therefore continues with the sixth edition of the Donizetti Opera, an international festival dedicated to the composer from Bergamo entrusted to the artistic direction of Francesco Micheli and the musical one of Riccardo Frizza. The new festival will take place from the 19th of November to the 6 of December 2020 with an articulated program that will be announced with details in the coming weeks, and it will reflect the formula, by now consolidated and appreciated by the public – ever increasing, both local and international – with operatic titles that intertwine with each other on the weekends around the Dies natalis (November 29th).

The festival program 2020 continues the work of rediscovering and enhancing the opera legacy of Donizetti through an increasingly in-depth codification of the composer’s musical identity. With this in mind, the choice of the editions to be performed is fundamental: for La fille du régiment, the new critical edition by Claudio Toscani will therefore be adopted for the first time, which marks another fundamental step in the collaboration with Casa Ricordi that from thirty years carries on the Critical Edition of the Works of Gaetano Donizetti, first in agreement with the Municipality of Bergamo, today with the Donizetti Theatre Foundation.The edition of Marino Faliero is instead of Maria Chiara Bertieri, fruit of the research promoted by the scientific section of the Bergamo Foundation led by Paolo Fabbri.

Staged at the Théâtre Italien in Paris – the most fashionable of the time and with Rossini involved in the direction – on the 12th of March 1835, Marino Faliero boasted a cast of leading virtuosos (Luigi Lablache, Antonio Tamburini, Giulia Grisi, Giovan Battista Rubini), which aroused an artificial competition with Bellini who had staged I Puritani in the same theatre a little earlier.Set in Venice in the fourteenth century, the subject of Marino Faliero narrates the story intertwined with politics and sentiment, of the homonymous doge accused of high treason in a musical climate in which Donizetti tries, among other things, to experiment with new sound balances, especially in writing for male voices.

Five years later – passed away Bellini and with Berdi not yet set on the international scene – Donizetti dominated the European theatrical environment with his last great masterpieces; in Paris, in 1840, it was the turn of the Fille du régiment, scheduled at the Opéra-Comique. The title is immediately appreciated on stages all over the world and it is characterized both by the presence of irresistible pieces of skill destined for the soprano and tenor, and for the peculiar story that makes historical, patriotic and sentimental elements act around a protagonist strong and ironic female.