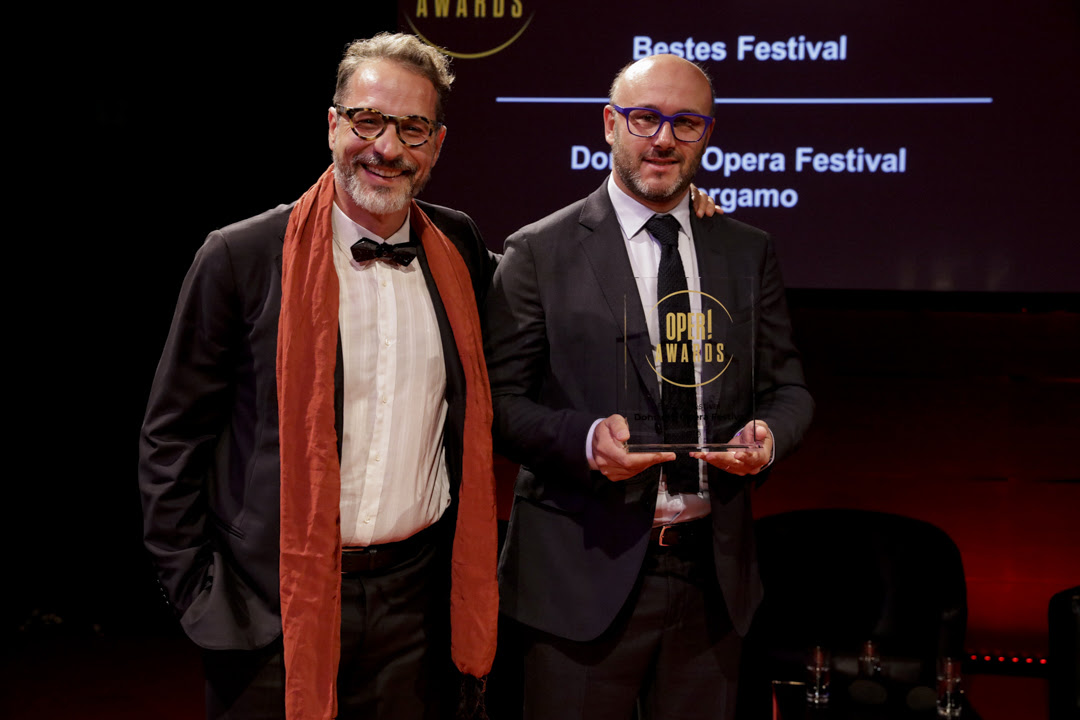 In the Sala Werner Otto of Konzerthaus in Berlin, in the heart of the German capital, on Saturday, September 21, a name resonated more than the others, that of Gaetano Donizetti, continuously quoted during the entire ceremony, which has indicated the Donizetti Opera of Bergamo as “Best Festival 2019”.

The motivation behind the award, made by the jury composed of authoritative German music critics, is: “It is a festival already of great tradition in the composer’s thriving hometown which has achieved – both from a musicological and programmatic point of view and from a quality point of view – results comparable to those of the Rossini festival in Pesaro. It is due to the hard work of the artistic director Francesco Micheli, to whom the appointment of Riccardo Frizza as new musical director is the premise of further progress. We are therefore anxious to see the first world staging of Donizetti’s last work to be discovered in November, L’ange de Nisida”

Francesco Micheli and Riccardo Frizza took the trophy in Berlin and they collected the compliments of the many colleagues and exponents of the international musical life present in the room, such as Serge Dorny (new superintended designated at Bayerische Staatsoper in Munich) or Andrea Homoki (film director and director at Opernhaus of Zurich).

Gaetano Donizetti was the protagonist of the praise of other awards: from those assigned to the cd of the Opera L’ange de Nisida published by Opera Rara, to the memories of the soprano Edita Gruberova who received the lifetime achievement award, based on the bel canto on the music of the composer from Bergamo, up to that for the young tenor Xabier Anduaga, discovered during the 2018 festival at the Teatro Sociale and indicated as the best rookie.

The winners list of the “Oper! Awards 2019” supports the Donizetti Opera Festival – only Italian – to some of the most prestigious European opera companies, such as the Opernhaus of Zurich (best theatre), the Orchestra and Chorus of the Bayerische Staatsoper of Munich (best teams) , the Lyon Theatre (best show) or singers like the tenor Piotr Beczala and the mezzo-soprano Joyce DiDonato, the Wagnerian festival in Bayreuth awarded for the Lohengrin sets and costumes.