“Il castello di Kenilworth”: a confrontation of Queens at the Teatro Sociale 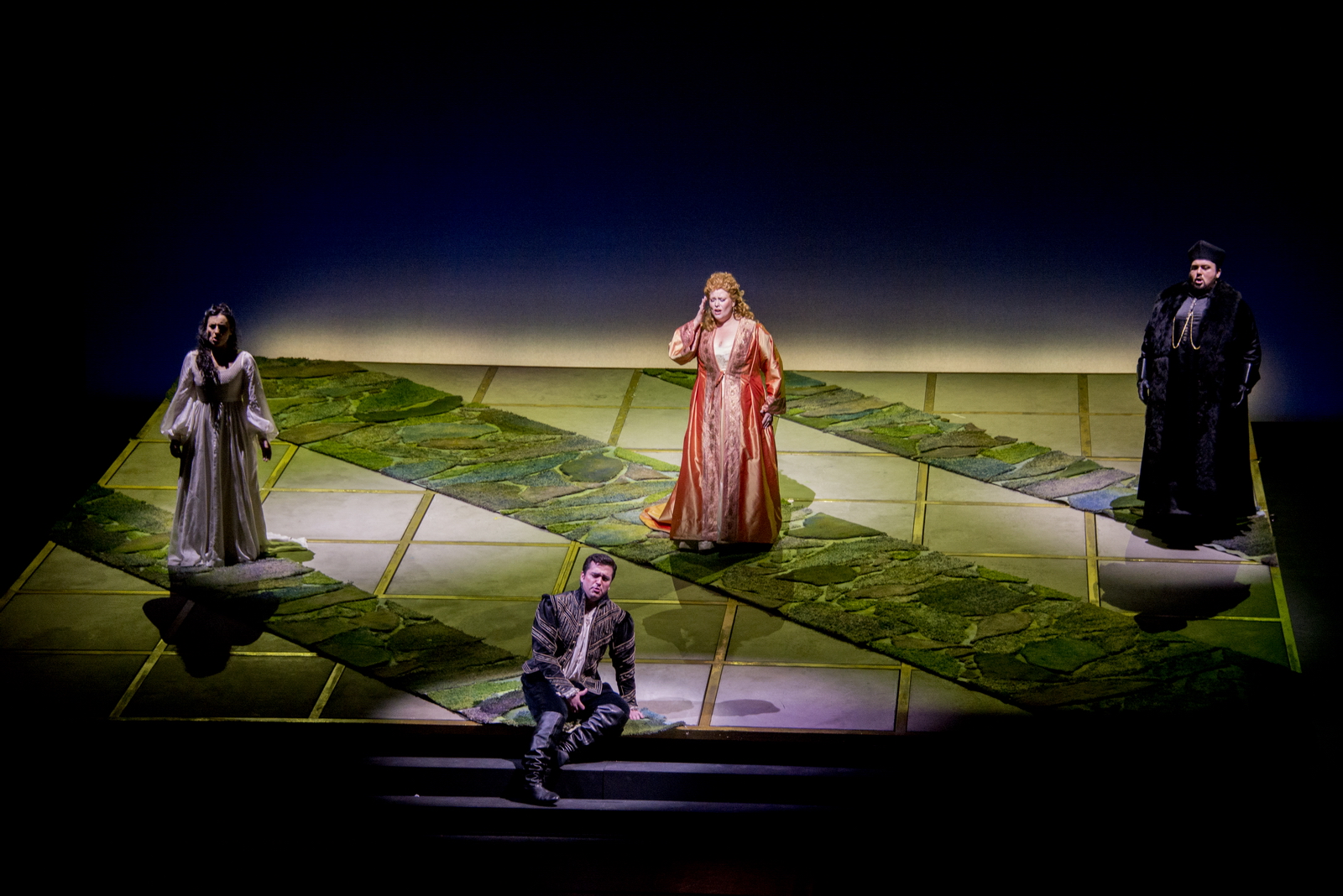 “Il castello di Kenilworth”: a confrontation of Queens at the Teatro Sociale

After the operatic debut of Enrico di Borgogna for the project #donizetti200, the second title of the programme of the fourth edition of the International Donizetti Opera Festival will be Il Castello di Kenilworth (Kenilworth Castle), to be staged at Bergamo’s Teatro Sociale on Saturday 24th November at 8.30pm (with repeat performances from 30th November to 2nd December). This opera is the first of three works that Donizetti dedicated to Elizabeth I of England (also for this reason often known as ‘Elizabeth at Kenilworth Castle’). On this occasion, the Music Director of the festival, Riccardo Frizza, takes to the podium with an opera considered ‘legendary’ by fans, in a new revision by Giovanni Schiavotti, and under the direction of Maria Pilar Pérez Aspa. The vocalists include two divas of the belcanto, Jessica Pratt (in the role of Elizabeth) and Carmela Remigio (in that of Amelia), who were already protagonists in previous editions of the festival with extremely successful performances, and, as tenors, Xabier Anduaga in alternation with Francisco Brito, and Stefan Pop. The sets are by Angelo Sala, costumes by Ursula Patzak, and lights by Fiammetta Baldisseri. The orchestra will be Donizetti Opera, with Fabio Tartari leading the Donzietti Choir.

Il Castello di Kenilworth was staged at the Teatro di San Carlo in Naples on 6th July 1829. It was written by Donizetti with a libretto by Andrea Leone Tottola, which redefined the novel ‘Kenilworth’ by Walter Scott (1821) in operatic terms, through various mediations that to a certain extent distanced the libretto from the original English literary source. The first was ‘Leicester, ou le Château de Kenilworth’ by Scribe and Auber (1823), which constituted a theatrical-musical precedent, and the second was a comedy by Gaetano Barbieri (1824), from which Tottola also took the title in Italian for his libretto. Tottola’s libretto took the happy ending from both, with forgiveness granted by Queen Elizabeth to her beloved Leicester, who had secretly married the young Amy Robsart, while, in the novel by Scott, Amy dies at the hands of the cruel Varney.

Il Castlello di Kenilworth constituted the beginning of a trilogy of operas, conceived during the thirties, and, above all, after ‘Anna Bolena’ (Anne Boleyn), exploring Elizabethan themes, the other two being ‘Maria Stuarda’ (Mary Stuart) and ‘Roberto Devereux’. It was also the first to confront two female roles, another constant in Donizetti’s English operas. These anticipatory traits highlight the role that ‘Il Castello di Kenilworth’ had in transitioning Donizetti’s theatre from classicist tragedy to romantic drama, and the definitive liquidation of the Rossinian model, which still retained its imprint in this opera. The new edition of this title will allow the audience to grasp the ways and times of this important transition.

Enriching the day of Saturday 24th, at 11am, in the wonderful setting of Palazzo Agliardi, the Academia Montis Regalis, with a programme of music by Sammartini and Haydn, will perform the first of its chamber concerts in Bergamo’s historical residences, thanks to the collaboration with the DimoreDesign Festival. At 4pm, at  Donizetti’s birthplace (Via Borgo Canale, 14), Paolo Fabbri, Claudio Toscani, Alberto Zanardi and the musicologists of the foundation’s scientific department will present Haydn’s ‘Creazione del Mondo’ (Creation of the World), which will be performed on Thursday 29th November at 8.30pm in the Basilica of Santa Maria Maggiore.