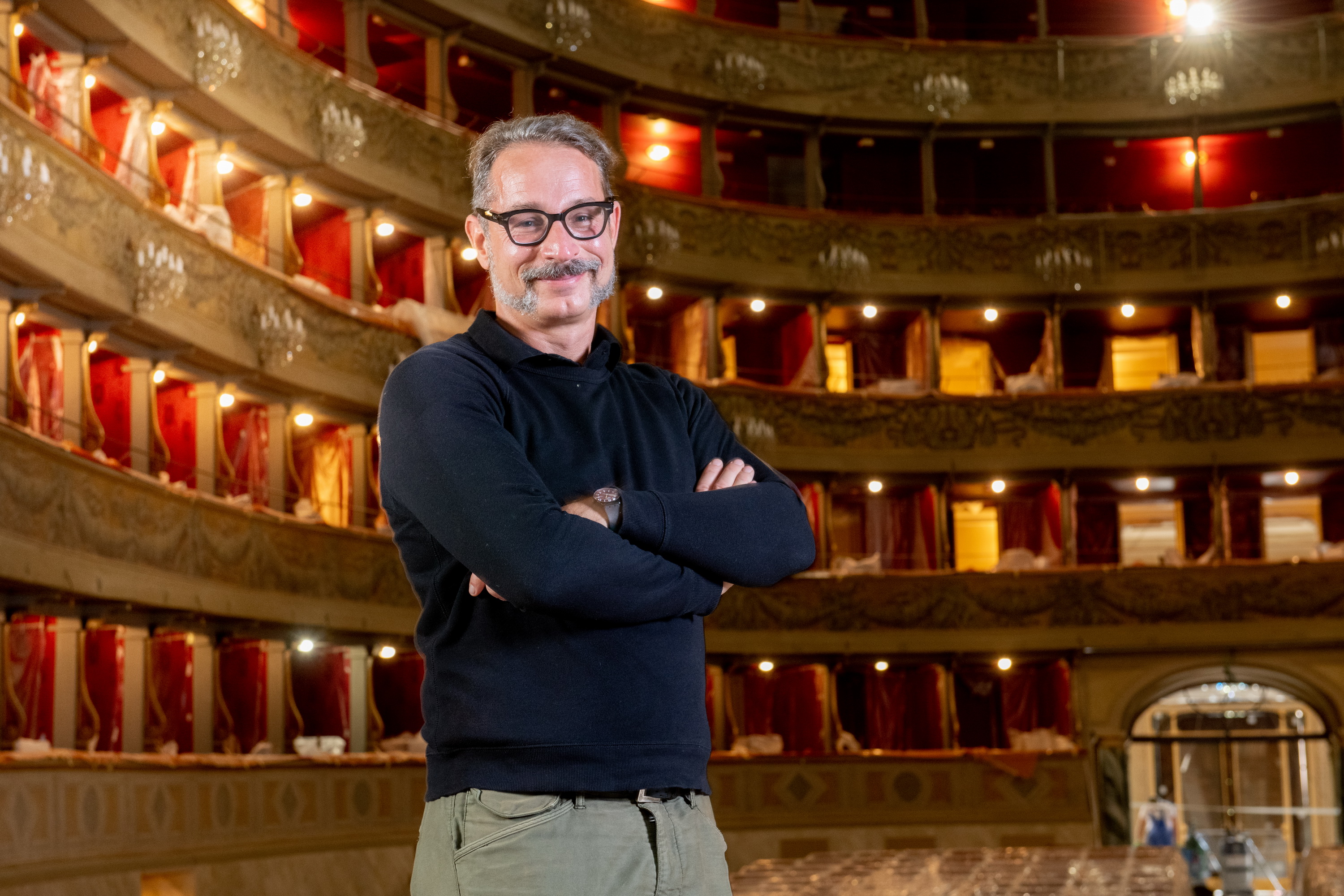 Waiting for further developments in government regulations on the opening of shows to the public, currently suspended until 24 November, the Donizetti Opera festival will not stop and will restart, anticipating the already planned inauguration of its new web tv, visible on the website gaetanodonizetti.org and created thanks to Fondazione TIM.

The first appointment is scheduled for Saturday, 31 October, at 9 p.m. (free viewing by registering on the web TV) with the festival’s artistic director Francesco Micheli for the presentation-show “Donizetti Revolution vol. 6”, in an all-new edition that has been specifically designed this year for the web and to offer the public a preview of the newly restored Donizetti Theatre. Alongside Francesco Micheli there will be, as always, a guest artist of the festival for some musical interventions: this time we will host the young Puerto Rican soprano Anaïs Mejías who, with the pianist Sem Cerritelli, will interpret some pages by Donizetti connected with the 2020 programme. Alongside Micheli, there will also be some special guests, such as the musical director Riccardo Frizza, the scientific director Paolo Fabbri and the Mayor of Bergamo Giorgio Gori with the Councillor for Culture Nadia Ghisalberti, the President of the Donizetti Theatre Foundation Giorgio Berta and the General Director Massimo Boffelli. The audience will be guided through the discovery of new details about Donizetti’s life, work and creativity, in an original synthesis of music, words, images and videos written by the artistic director himself in collaboration with musicologist and composer Federico Gon and Erika Natati; the video is produced by NT Next.

“Going back to the theatre with the audience will be a great joy, it will so be as soon as possible – declares Francesco Micheli. The difficulties linked to the pandemic are forcing us once again to look for alternative productive hypotheses so as not to thwart the efforts made so far. The current challenge is to exploit the possibilities offered by the web not as a substitute for live performance but as a further language, an expression of our time. There is a common need at the core: to communicate, at all costs”.

The new web TV of the Donizetti Opera festival has been made possible thanks to the TIM Foundation which, with its fundamental contribution, has decided to support the spread of the classical music culture and of the figure of Gaetano Donizetti from his hometown to the boundless web audience, with the aim of encouraging a wider participation in the cultural and musical life of our country. This collaboration stems from TIM’s shared spirit of innovation, commitment, and responsibility towards the community in the name of an increasingly cultured, digital, innovative, and competitive Italy.

The “Donizetti Revolution vol. 6” is, therefore, the first initiative of “GaetAmo Donizetti”, a web hub of ideas and experiences around the figure of the composer, which includes not only the new TV but also new social-media experiences, on Facebook, Instagram and on the new channel TikTok, thanks to the consultation of two such experts as Montserrat Fernandez Blanco and Nadir Catalano.. It is a new programmatic line of the festival that comes from the unexpected everyday life that we have been facing for some months now, where the stage is no longer only physical but also virtual, thanks to the suggestions offered by Donizetti’s biography and his extremely contemporary poetics. We hope that the core of the “Donizettian Revolution” – considered in recent years the most visible cultural initiative in Bergamo at an international level and the most significant one in the process of reappropriation of the composer’s identity by the city – will once again turn the spotlight on the city and on new aspects of Donizetti’s life and works, a city symbol to counteract the tragic events linked to the pandemic.

The web TV schedule will be composed of specific formats, such as a series of videos from rehearsals with the journalist Alberto Mattioli (new dramaturg of the Donizetti Opera festival); interviews with the protagonists; the cycle “Parla con Gaetano” (“Talk with Gaetano”), in which the guest artists of the festival (but not only them) conversate with the composer; and also – considering new restrictions on welcoming audiences in the theatre – video footage of the performances of the first weekend, as well as a series of broadcasts with Francesco Micheli and some guests called to comment on the opera shows live in an innovative digital living room.

Access to the Web TV is free and gives the opportunity to watch the “Donizetti Revolution vol. 6” e several archival proposals. The full programme dedicated to the 2020 Festival, including the live streaming of the shows, will instead be available only for subscribers to the web offer. The Donizetti Opera Festival has thus decided to align itself with the main international platforms that in recent years have been opened by the most famous music institutions (such as the MET in New York, the Wiener Staatsoper or the Berliner Philharmoniker).

The subscription to the “Donizetti web TV” (including the streaming of the 2020 operas and original contents) costs 59 euros; access to each single opera costs 30 euros. Payment can be made directly online by credit card or PayPal, or at the Donizetti Theatre Foundation ticket office.

The Donizetti Opera festival has developed specific offers for those who bought tickets for the first weekend (which is currently involved in the provisions of the DPCM), with different degrees of participation and the possibility to join the #iorinuncioalririmborso campaign which in recent months has supported international theatres, thus transforming each spectator into a donor. Those who will not apply for a refund of amounts over €59 will receive free access to web TV as well as a series of benefits depending on the amount donated (for information and subscriptions partner@fondazioneteatrodonizetti.org).