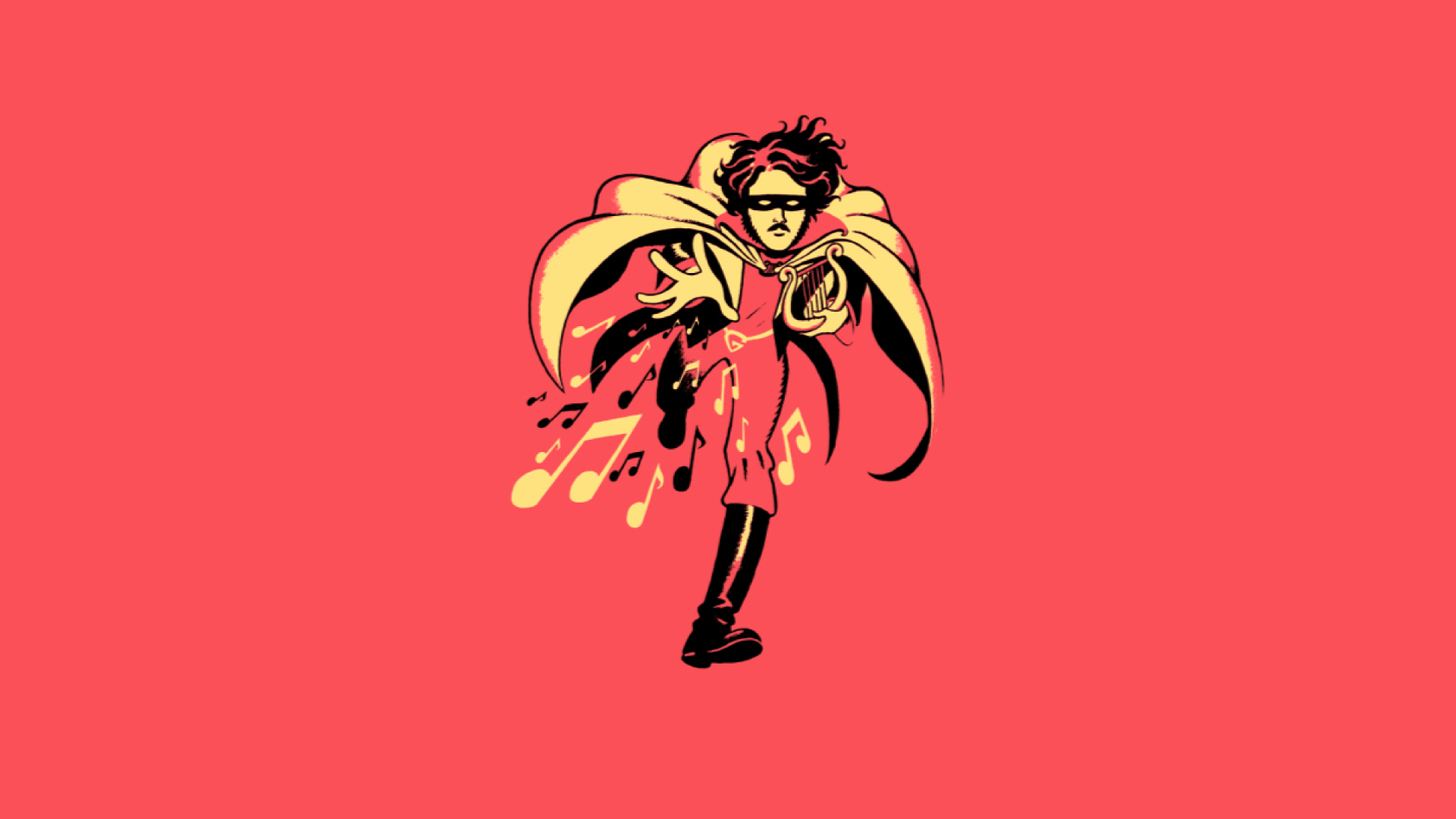 The sixth edition of the Donizetti Opera 2020 Festival – with the artistic direction of Francesco Micheli and the musical direction of Riccardo Frizza – has been confirmed and will take place in the period that was originally scheduled, from November 19 to December 6, in Bergamo, “The City of Gaetano Donizetti”. The programme that was announced in February, a few weeks before the outbreak of the pandemic, will be presented almost entirely. Following the restrictions due to the Covid emergency, we had to make some changes to the live show format, so the programme will take place in full compliance with health regulations, according to which the shows and rules will be adapted.

The works of the composer from Bergamo will all be performed at the Donizetti Theatre, which will reopen completely restored. Three of the four titles that were planned have been confirmed – Belisario, Marino Faliero, Le nozze in villa – while La fille du régiment is postponed to 2021. The Teatro Sociale will host some recitals and the announced homage to Beethoven with the opera L’amor coniugale by Giovanni Simone Mayr, Donizetti’s master. Such a commitment and organizational effort, supported by the Donizetti Theatre Foundation and by the whole city, have been made to keep the core of the “Donizetti revolution” alive, so that we can once again turn the spotlight on the city and on new aspects of the life and works of Donizetti, a symbol of the city to counteract the tragic events linked to the pandemic.

In the opening night at the Donizetti Theatre, on Thursday 19 November (9 p.m.), we will have an opera in concert performance, Belisario (Venice, 1836 – critical edition by Ottavio Sbragia). The title role will be played by Placido Domingo, who was fascinated by Bergamo and the festival dedicated to its composer, and thus decided to debut a new character for his baritone repertoire. The musical director Riccardo Frizza will stand on the podium on this unique occasion, together with an exceptional cast including Simon Lim, Davinia Rodriguez, Annalisa Stroppa, and Celso Albelo, also joined by Anaïs Mejías and Klodjan Kacani. The Orchestra and the Choir (conducted by Fabio Tartari) will be the Donizetti Opera ones. The programme includes a repeat performance of Belisario on Thursday, 16 November.

The programme will continue with two other operatic titles that will be on stage at the Donizetti Theatre: the tragic action Marino Faliero (Paris, 1835) and the opera buffa Le nozze in villa (Treviso, 1820).

For Marino Faliero (on stage at the Donizetti Theatre on 20 and 28 November, 6 December) the musical director Riccardo Frizza will return to the podium, while the creative project will be entrusted to Ricci/Forte, a duo of directors who have conquered opera audiences with a series of successes in recent years (from their operatic debut with Turandot at the Sferisterio, Abbiati Award 2018, to Nabucco at the Festival Verdi in 2019) and who were asked to stage this complex story set in Venice in the fourteenth century, a mixture of politics and sentiment. Marino Faliero was staged at the Théâtre Italien in Paris – the most fashionable theatre at the time –on 12 March 1835, with Rossini as part of the management. It boasted a cast of first-rate virtuosos (Luigi Lablache, Antonio Tamburini, Giulia Grisi, Giovan Battista Rubini), which caused a bitter rivalry with Bellini, who had just staged I Puritani in the same theatre. Inspired by such a legendary first cast, in the 2020 version of this opera some of today’s greatest performers will tread the boards of the Donizetti Theatre: the bass from Bergamo Alex Esposito in the title role, the tenor Javier Camarena – artist in residence of the 2020 edition –, the soprano Francesca Dotto, and the baritone Bogdan Baciu. The cast will be completed by: Christian Federici, Dave Monaco, Anaïs Mejías, Giorgio Misseri, Stefano Gentili, Diego Savino, Vassily Solodkyy. Scenes have been created by Marco Rossi, costumes by Gianluca Sbicca, lights have been designed by Alessandro Carletti and choreographic movements by Marta Bevilacqua.

The cycle #donizetti200 – the annual staging of an opera by Donizetti that turns two centuries old – continues with the comic opera Le nozze in villa (Treviso, 1820) in the critical edition by Edoardo Cavalli and Maria Chiara Bertieri (22 and 29 November, 5 December). It is a little-known work that has come to us through a single surviving score, which is not autographed and is unfortunately incomplete, without direct evidence of its first performance. Following the tradition of the #donizetti200 project, on the podium we will see Stefano Montanari, a specialist of the ancient repertoire for the rediscovery of Donizetti’s sound thanks to the presence of the Orchestra Gli Originali. The missing musical section (the quintet of the second act “Aura gentil che mormori” n. 10) was instead commissioned to the contemporary artists Elio and Rocco Tanica, in collaboration with Enrico Melozzi. To tell the story of a couple in love struggling with a father and a groom-to-be with caricatured and ridiculous outlines, there will be the young director Davide Marranchelli, winner in 2019 of the selection for a new work for the Donizetti Night (Don Gaetano – A Speed Date With). We will also have a group of experts in the buffo repertoire of the early nineteenth century, such as Fabio Capitanucci, Omar Montanari, Gaia Petrone, Giorgio Misseri, Manuela Custer and Eleonora Deveze.

The Donizetti Opera Choir (conducted by Fabio Tartari) will be engaged in both operas.

This year, in compliance with safety regulations, they will be arranged as if in a concert; the two opera productions at the Donizetti Theatre will be staged in the stalls with the orchestra on the pit (raised at stage level) and the choir on stage steps.

The Teatro Sociale will host some concerts: on November 22 (3.30 p.m.), a recital by the young Basque tenor Xabier Anduaga (with Giulio Zappa at the piano), a voice that has been discovered at the 2018 festival and that is now famous for his performances in Bergamo; on November 29, on the occasion of Donizetti’s Dies Natalis, there will be a concert by the baritone Paolo Bordogna, the quintessential buffo of our times, and by the soprano Sara Blanch, a Spanish voice recently established in the international scene (Ugo Mahieux at the piano). These three artists were originally engaged in the production of La fille du régiment, whose realization has been postponed until 2021.

In the year of the 250th anniversary of the birth of Ludwig van Beethoven, Bergamo wanted to pay homage to this great German composer with the one-act opera L’amor coniugale (Teatro Sociale, Friday, 4 December, in concert performance), with music by Giovanni Simone Mayr and libretto by Gaetano Rossi based on Léonore, or L’amour conjugal by Jean-Nicolas Bouillyal, on which Beethoven’s Fidelio (set to music in 1805) was also based. A production by Opera Fuoco in collaboration with Beethovenfest Bonn, it will be conducted by David Stern with the soloists and the Orchestra of the Atelier Opera Fuoco, a French project that has been dedicated since 2003 to the study and mis-en-scène of the lesser known repertoire of the second half of the 18th century.

The study and research activity on the legacy and codification of Donizetti’s operatic musical identity, entrusted to the scientific department of the Donizetti Theatre Foundation directed by Paolo Fabbri, has been essential for the drafting of the festival programme.