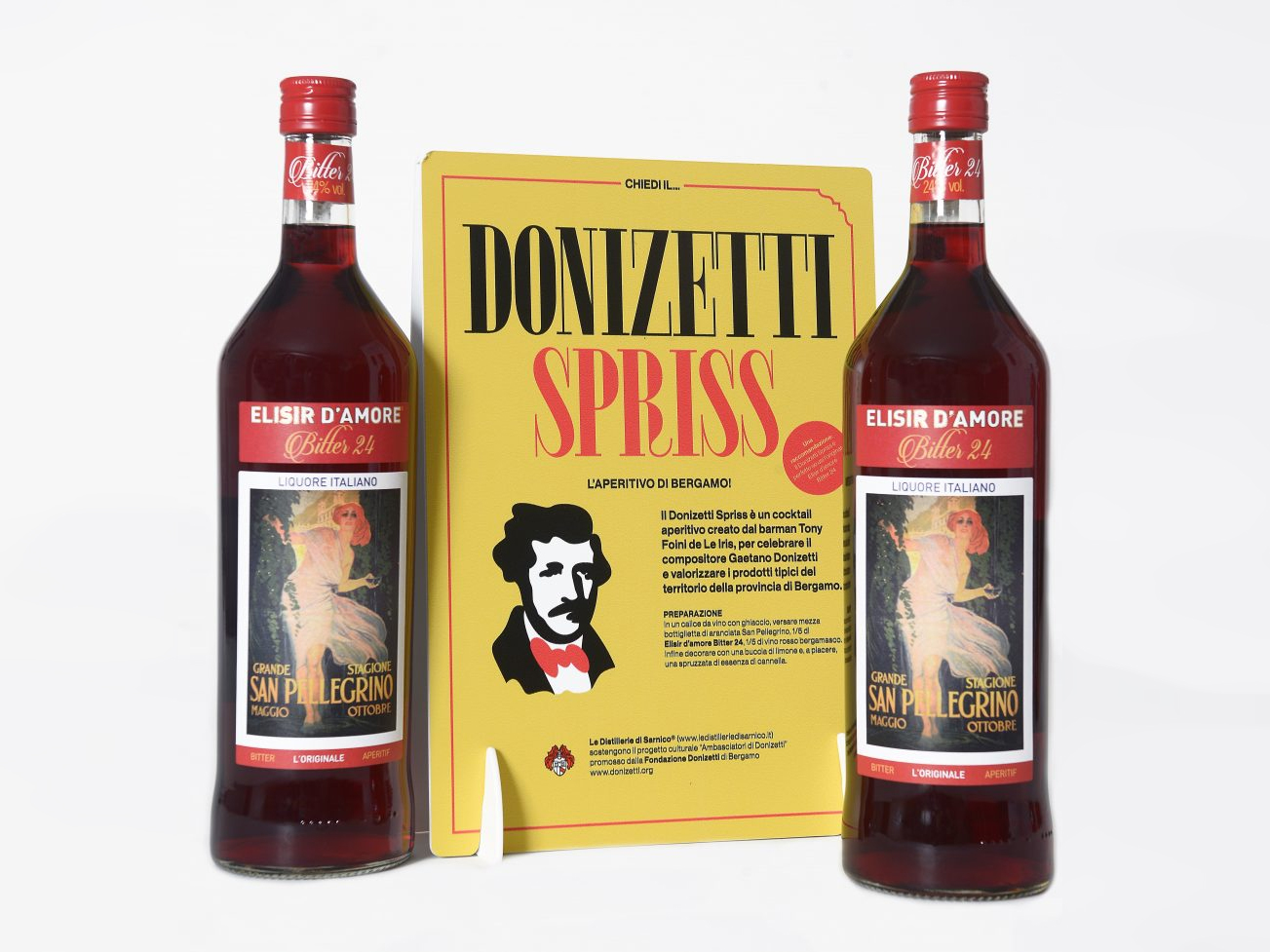 A drink dedicated to the great composer from Bergamo for a Donizetti-inspired happy hour.

Tony Foini, famous bartender of the “Le Iris” bistro in Bergamo, by revisiting a classic cocktail, created the “Donizetti Spriss” in the name of the city’s most famous figure. The main ingredient couldn’t be anything other than the “Elixir D’Amore Bitter 24” from the Sarnico distilleries, which, as it happens, is also one of the “Ambasciatori di Donizetti” (Donizetti Ambassadors) of the cultural project promoted by the Donizetti foundation.

In 2017, the restaurants of the city went to class with Foini, who demonstrated the preparation of the cocktail he had invented. Today, the ‘Donizetti Spriss’ is the undisputed star of the happy hour preceding Donizetti Night, the night of pride in the figure of Donizetti, and an extremely popular event every June in the city of Bergamo.

Why not order a Spriss in one of Bergamo’s bars to fully enjoy the Donizetti experience? But, if you are skilled with a shaker, and want to try your hand at preparing the drink … here’s the recipe!

Preparation
Into a wine glass with ice, pour half a bottle of San Pellegrino orange juice, a fifth of Elisir D’Amore Bitter 24, and a fifth of Bergamasco red wine. Then, decorate with lemon peel, and a sprinkling of cinnamon essence to taste. 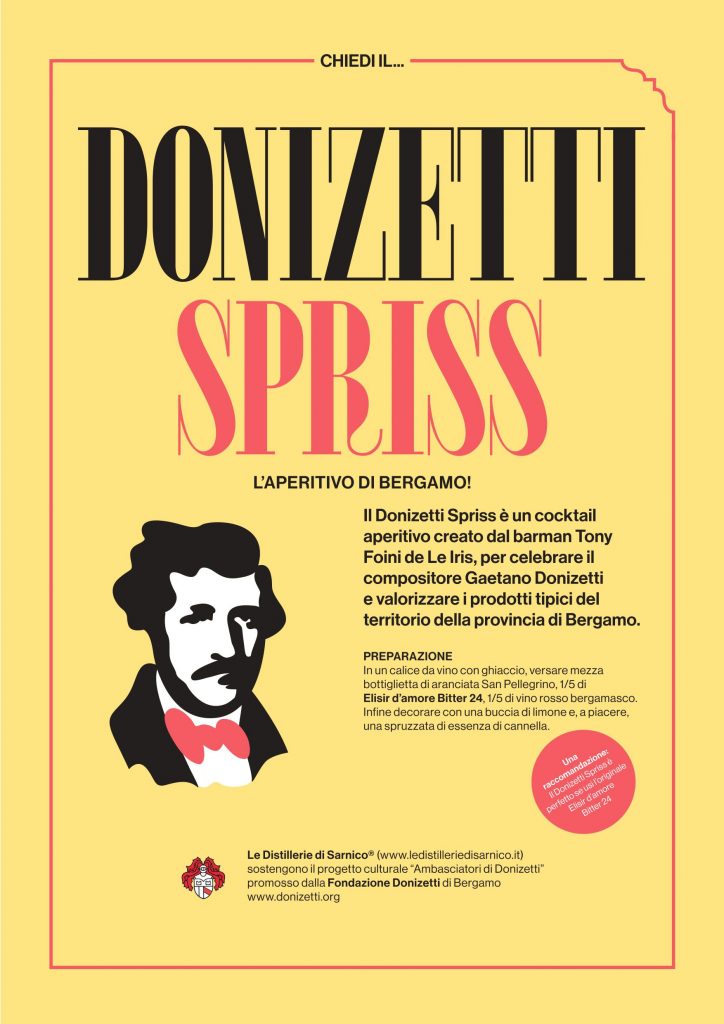