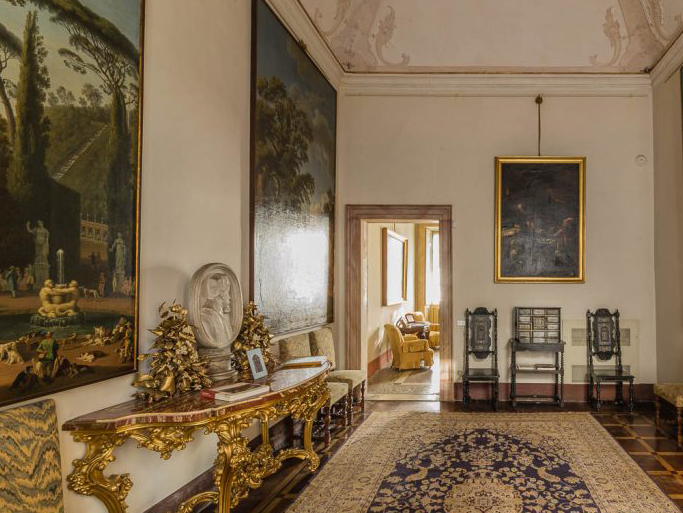 Palazzo Agliardi, originally named Martinengo Colleoni, stands at No. 86 of the street Via Pignolo, in one of the suburbs of Bergamo where important noble families and merchants of the 16th century chose to build their stately homes. On entering the residence there is a large courtyard. In the interior are five rooms decorated with eighteenth-century frescoes by Carlo Innocenzo Carloni and Federico Ferrario. The bright central hall opens out onto a suggestive hanging garden. A staircase takes you down to a floor below where there is the stable, cellar and recently restored loggia.