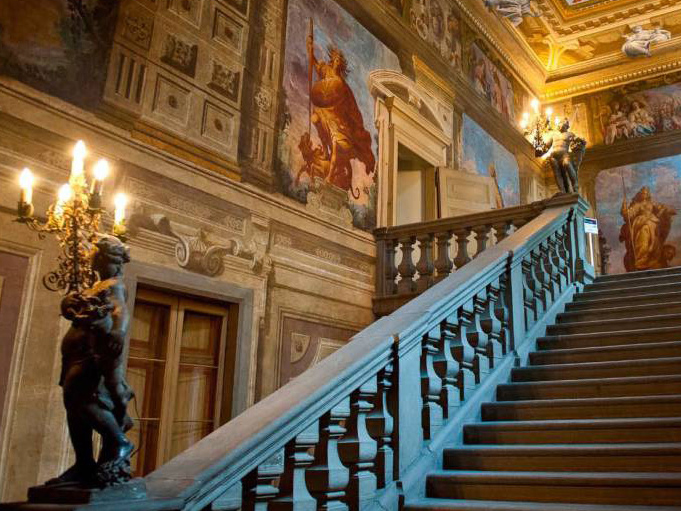 At No. 12 in the street of Via Porta Dipinta is the entrance portal to the stately Palazzo Moroni, one of the greatest expressions of seventeenth-century architecture in Bergamo.

The residence’s sober facade, just like its courtyard with a statue of Neptune, is in stark contrast to the baroque imprint of its interior, with frescoes by Barbelli decorating the impressive staircase and the main rooms of the house, complete with furnishings and works of art bearing witness to the Moroni family’s love of collecting.

A vast terraced garden extends surprisingly from an internal balcony and features a medieval tower, elegant parterre and kitchen garden.