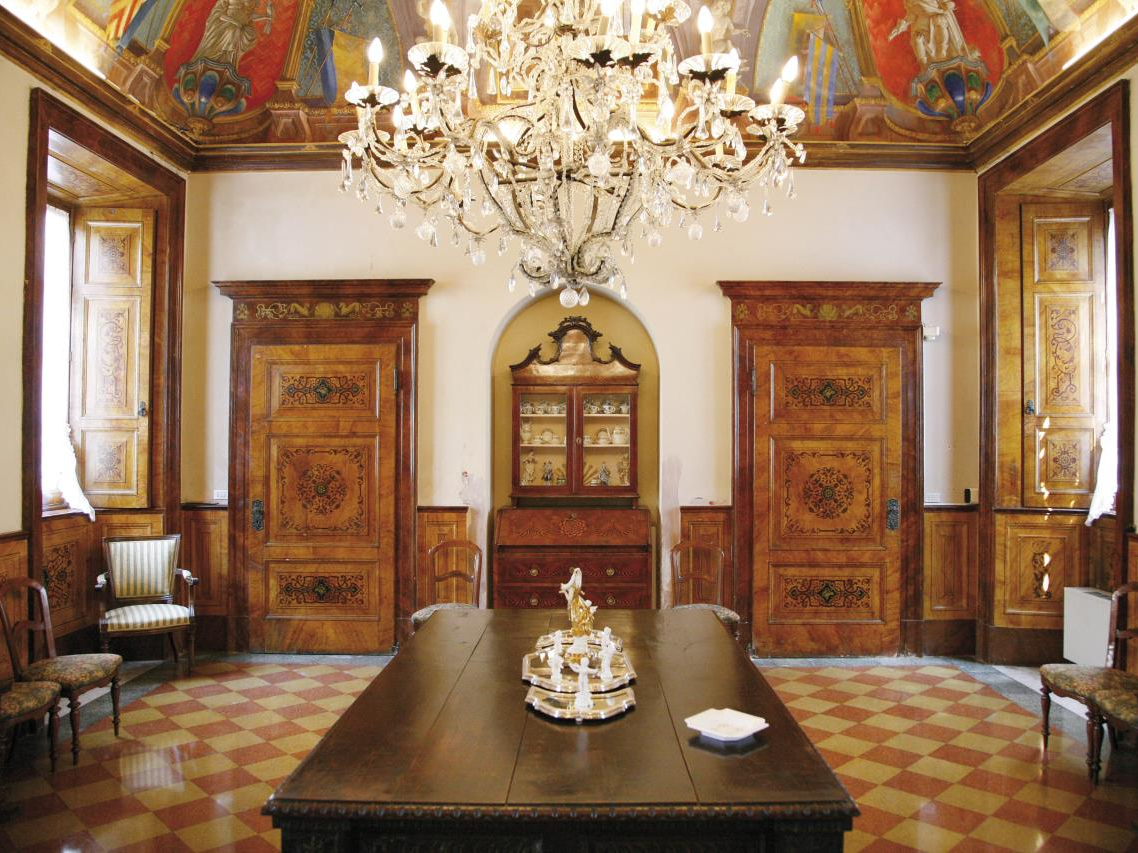 Located near to the centre of Bergamo, Villa Grismondi Finardi started life as a country house and owes its current name to the noble Grismondi families who lived here in the 18th century, and to the Finardi families, who owned it from the mid-1800s. Between 1855 and 1858, the architect Giacomo Bianconi worked on the restoration that determines its current appearance, with sober exteriors and lavishly decorated interiors, as well as designing the large nineteenth-century English garden, fenced in during the next century following the emergence of the ‘Quartiere Finardi’ district.