Gaetano Donizetti is one of the five most-performed composers in the world, and the most international of Italian composers: initially romantic in style, he set around half of his operas in exotic countries.

Today his hometown of Bergamo is one of Italy’s most international cities: served by Orio al Serio airport, Italy’s third busiest, and an hour from Malpensa, it is home to some of the most international industries in the country.

The city is imbued with memories of Donizetti. The composer’s legacy is widespread, embracing the whole of Bergamo both geographically and culturally and traversing history and social class.

The last outpost of the Republic of Venice from the early 15th century to the Napoleonic era, in 2017 Bergamo was listed as a Unesco World Heritage site: the Venetian walls that encircle the Città Alta – categorised as Venetian Works of Defence between the 16th and 17th Centuries: Stato da Terra – western Stato da Mar – ideologically link Bergamo with Peschiera and Palmanova in Italy, Zara and Sibenik in Croatia and Kotor in Montenegro.

The city’s main places for remembrance of Donizetti’s life and art are its two theatres: the Donizetti and the Sociale, on the site of the composer’s birth; the Angelo Maj Library which contains the original manuscript of Lucia di Lammermoor; the Donizetti Museum run by the Fondazione Bergamo nella Storia; the Carrara Academy with a painting by Giacomo Calegari depicting the death of Donizetti in Palazzo Basoni in Bergamo (today a private home and not open to visitors), and lastly two sites run by the Fondazione MIA: the Domus Magna, formerly the music school where Gaetano Donizetti was taught by Simone Mayr, thanks to the charitable contribution of the ancient Fondazione della Misericordia; and the Basilica di Santa Maria Maggiore, where the composer is buried. 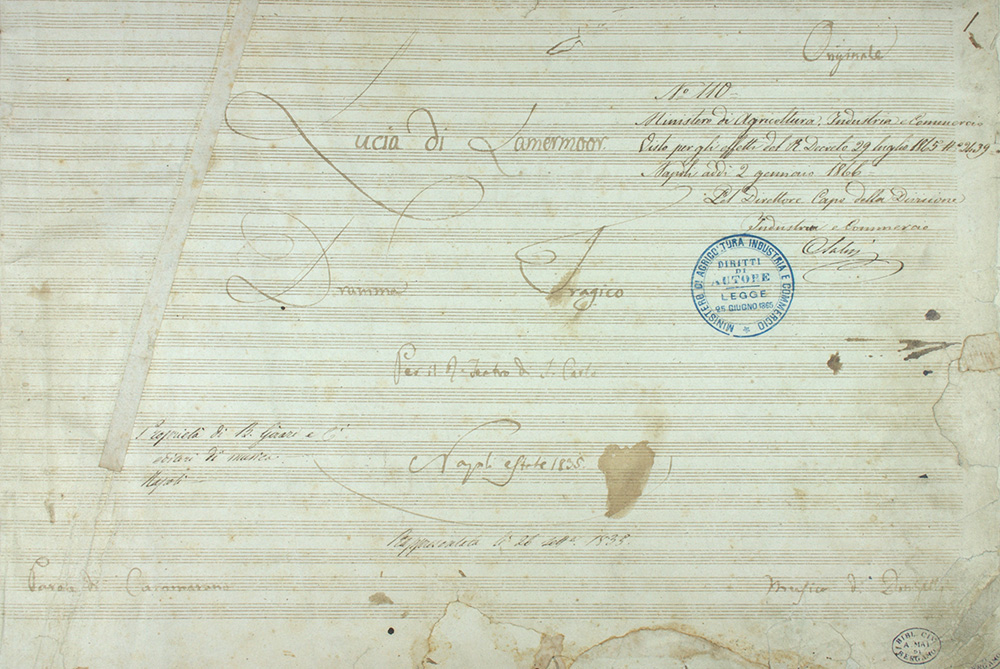 Visit
The Angelo Mai Library and Donizetti by Marcello Eynard The Angelo Mai Civic Library is one of the richest and most frequented of Italy’s historical preservation libraries. It opened in the second half of the eighteenth century on the... 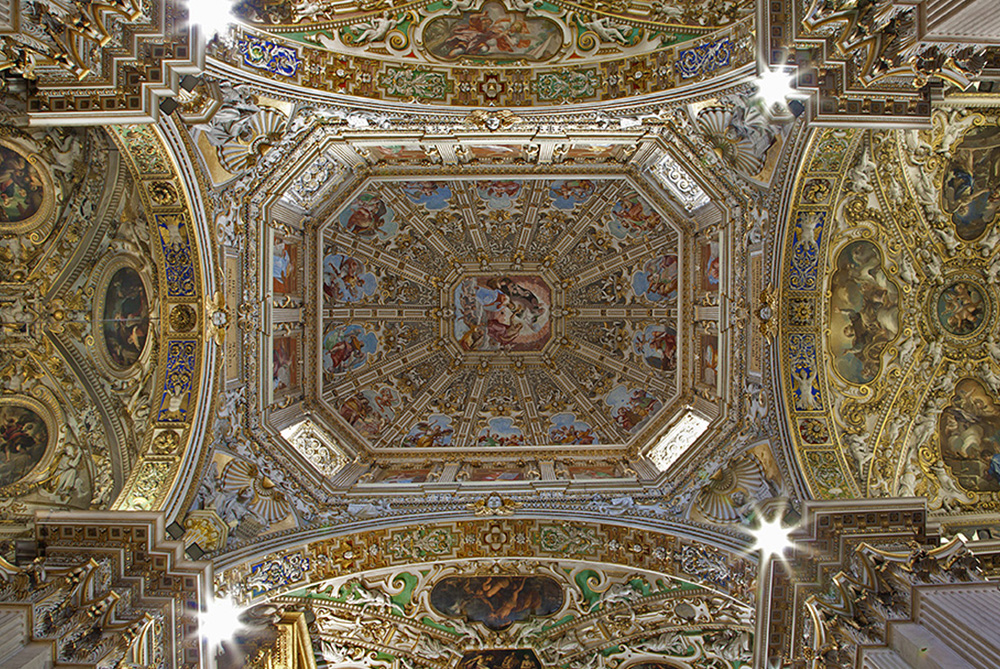 Visit
The ‘MIA’ across centuries of culture and charity The Misericordia Maggiore, "Greater Mercy" or "MIA", as it has been historically abbreviated over the centuries and appears in several works of art in the Basilica of Santa Maria... 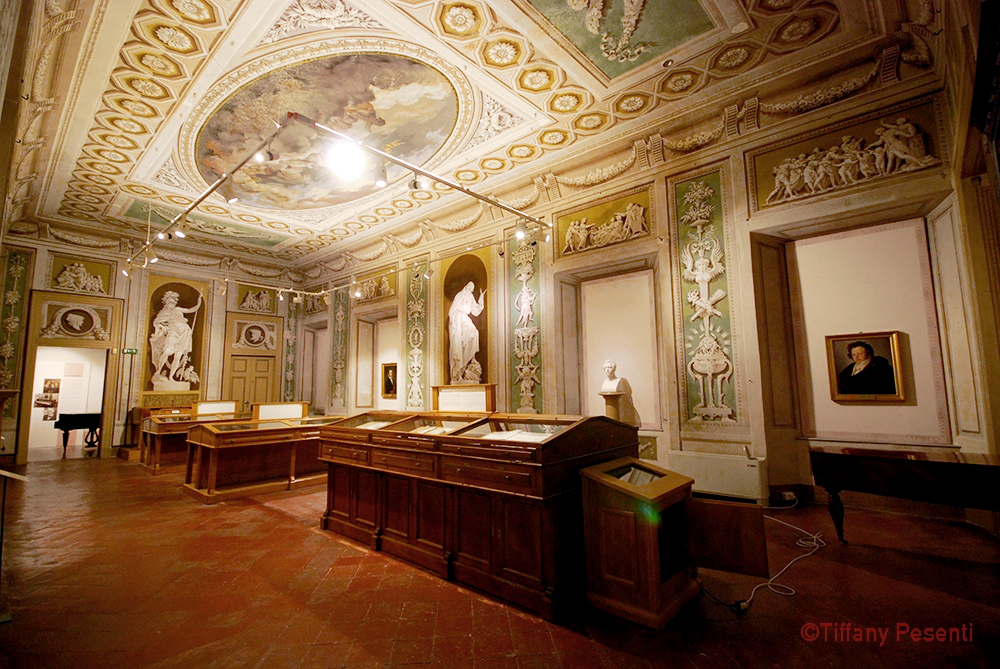 Visit
The Donizetti Museum is situated on the first floor of the ‘Domus Magna’, in Via Arena, 9. The figure of Gaetano Donizetti is presented to us through an exhibition of portraits, personal objects and autograph scores of the composer,... 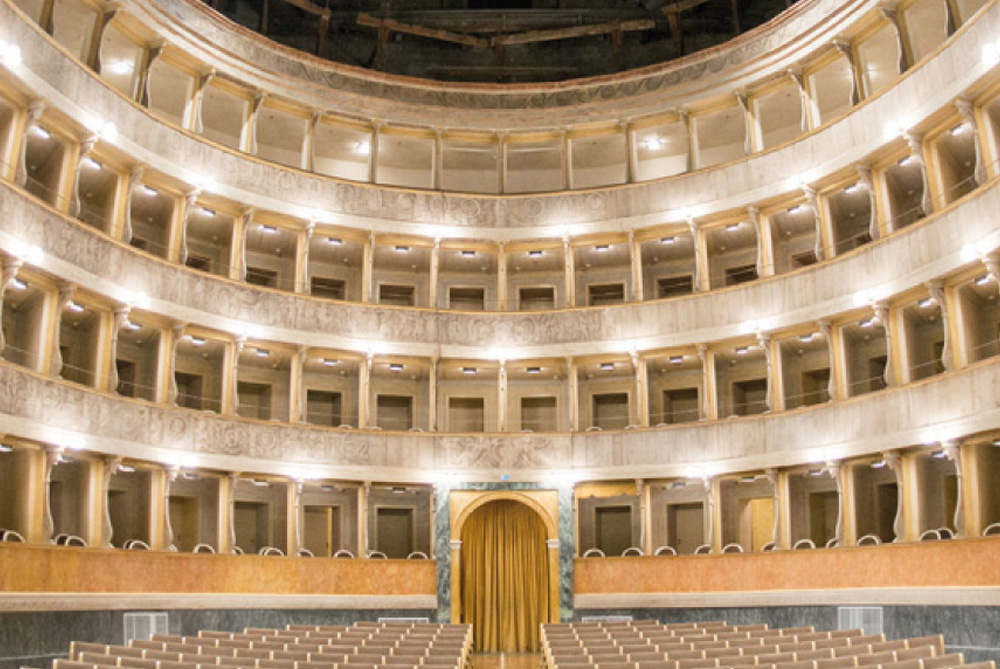 Visit
The theatre "Teatro Sociale", originally the "Teatro della Società", is located at the heart of the "Città Alta", or "Upper Town". Designed by Leopoldo Pollock, it was inaugurated in 1809 with the intent to rival the "Teatro Riccardi"... 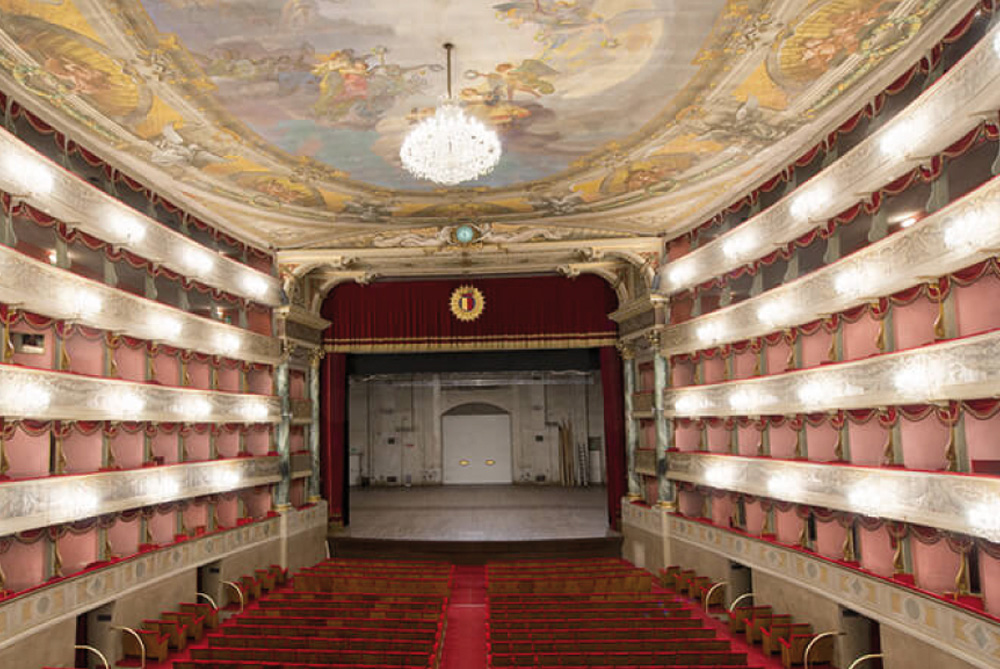 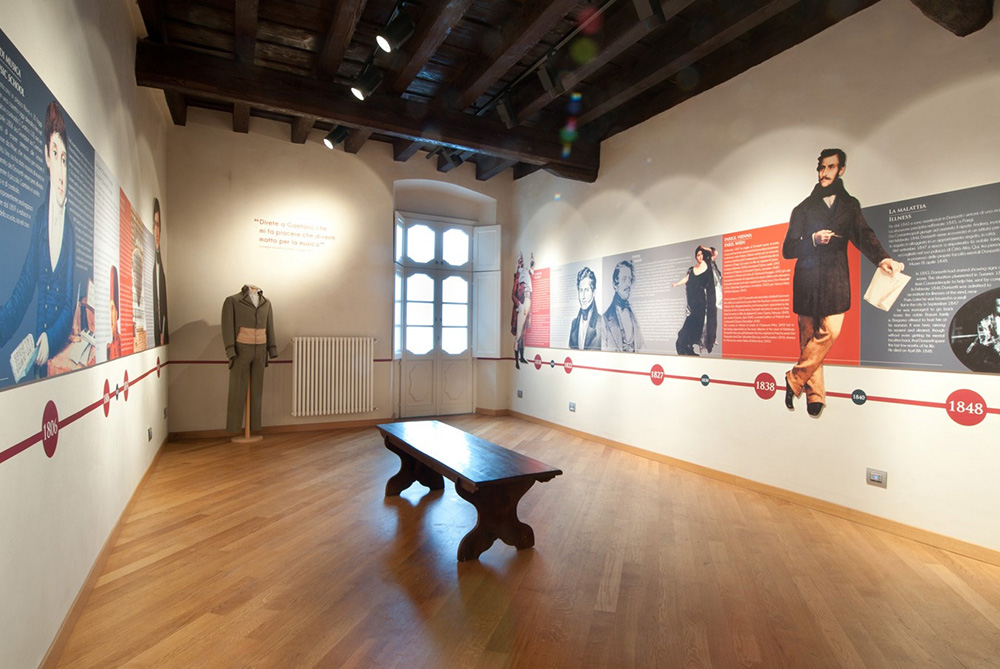 “I was born underground in Borgo Canale”: Donizetti’s birthplace

Visit
Located in the ancient street of Borgo Canale, Gaetano Donizetti’s birthplace was declared a National Monument on 28th January 1926, by Royal Decree No. 338. The building reveals the original social characteristics of the urban area, so...