DONIZETTI FROM A TO Z

The twenty-one short films that make up the syllabary, or spelling book, Donizetti from A to Z, have been created as part of the project “Bergamo, Terra di Donizetti” (Bergamo, Land of Donizetti), winner in 2016 of public funding by the Lombardy Region.

Regularly aired on the television channel Classica HD, each episode has english subtitles and is dedicated to a letter of the alphabet telling the life, career and passions of Gaetano Donizetti. From A is for Accademia Carrara, where the young Donizetti studied painting, to B is for Borgo Canale, the street where he was born, D is for Divas, and I is for Italy, Donizetti from A to Z accompanies us on a journey of discovery of the places and characters in the life of the Great Maestro. Each episode features the intervention of a different expert, among which Francesco Micheli, theatre director and artistic director of the Donizetti Festival. 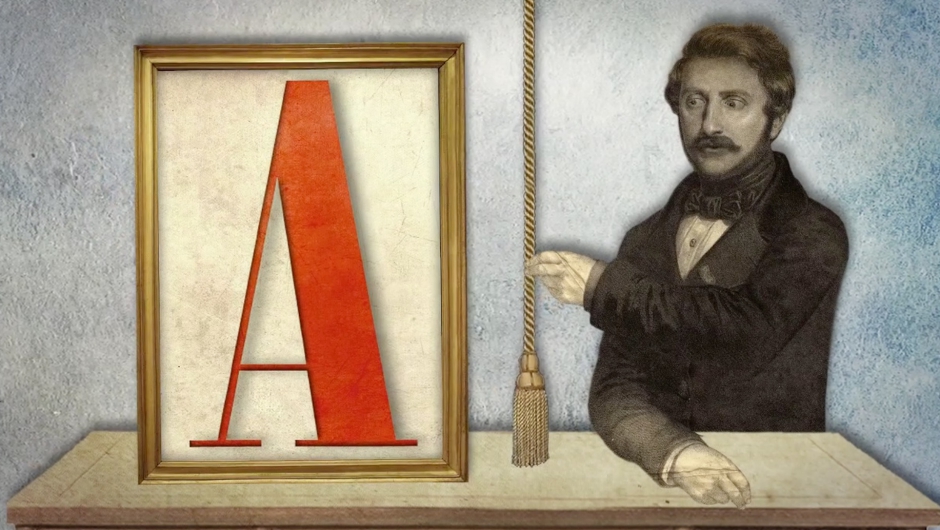 Syllabary
with Paolo Plebani
Gaetano Donizetti, tried his hand at drawing and painting at the Accademia Carrara, where his brother Giuseppe was already studying. Various traces of Donizetti can be found throughout the art gallery, in the history of paintings or in the... 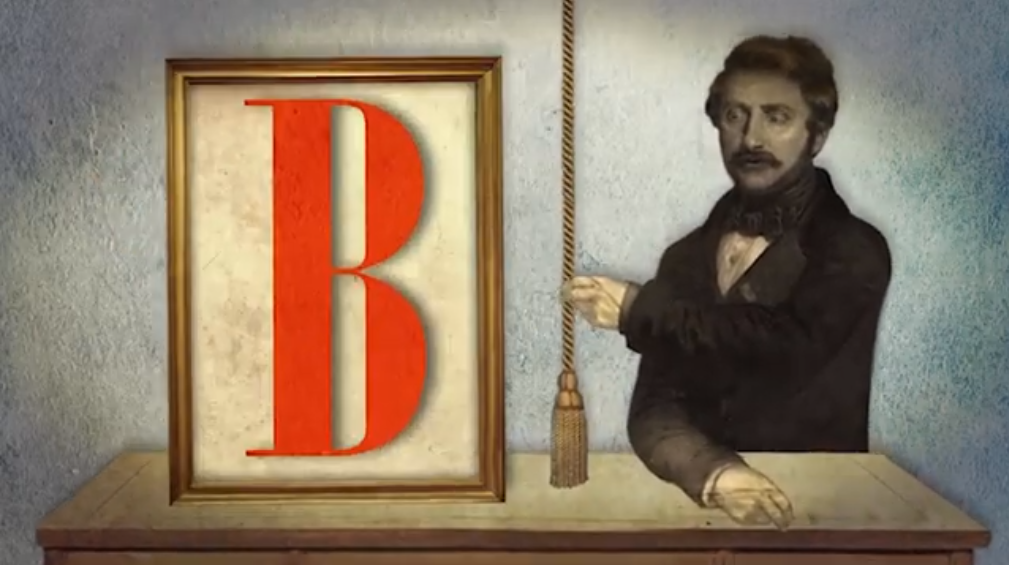 Syllabary
with Paolo Fabbri
Gaetano Donizetti suffered a poor childhood, with seven family members living in just two rooms. “I was born underground in Borgo Canale”, he later wrote as an adult to a friend. Today, his birthplace has become a... 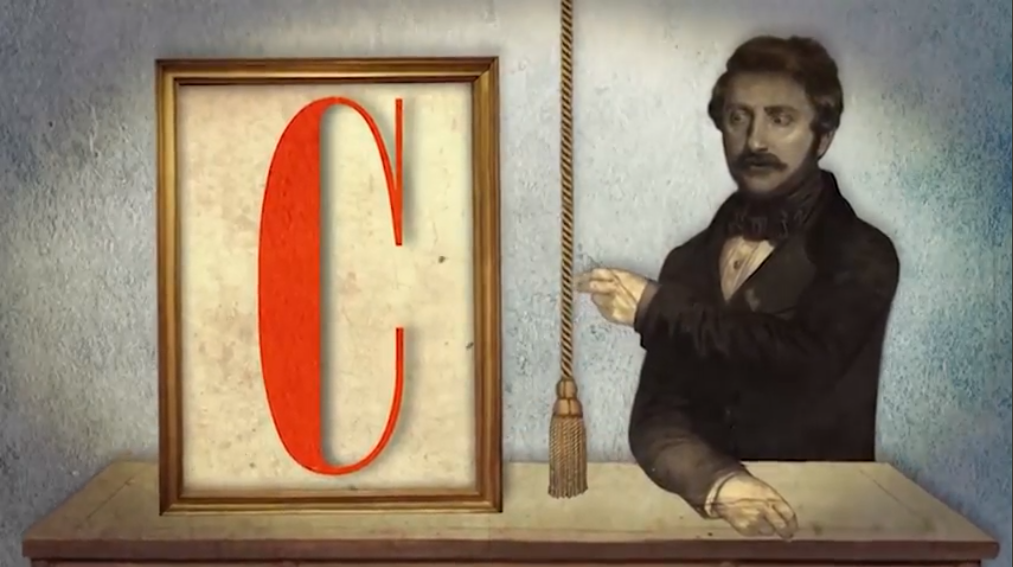 Syllabary
with Francesco Micheli
Still young, Donizetti left Bergamo for wherever work would take him, that is to Rome, Naples, Vienna and Paris, anywhere he was commissioned and his operas were performed. He travelled by carriage, whereas, today, you can comfortably use... 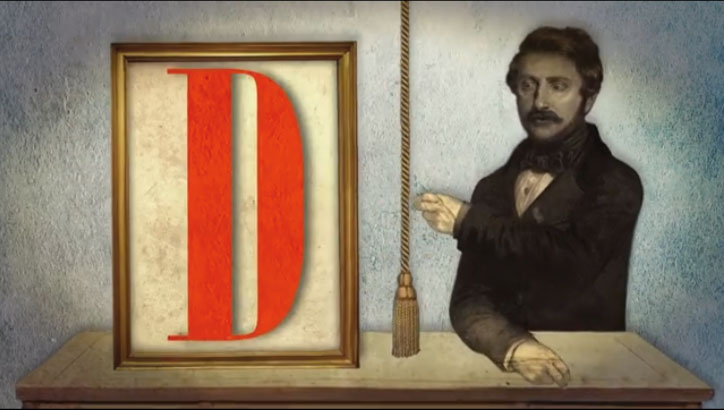 Syllabary
with Jessica Pratt
From Lucia di Lammermoor to Lucrezia Borgia, roughly half of Donizetti’s operas are named after women. These operas and their characters were fertile terrain for the opera divas, from Maria Callas to Joan... 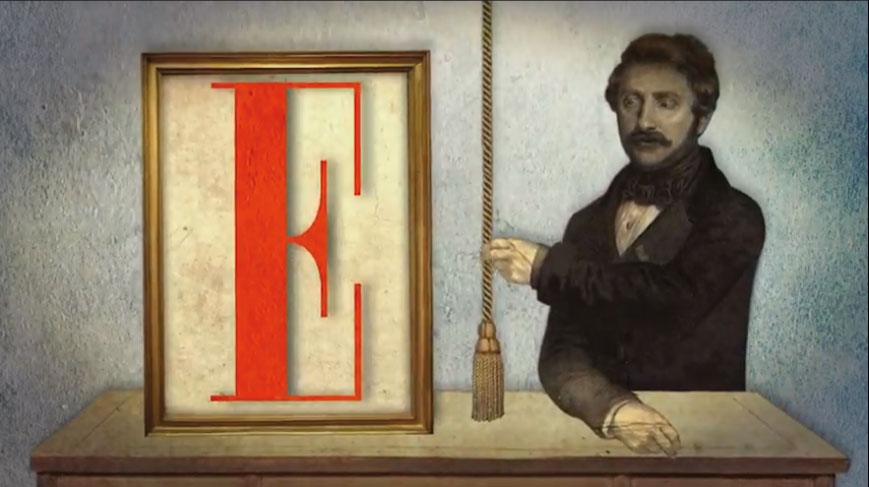 Syllabary
with Riccardo Frizza
Speaking of ‘elisir d'amore’, wine plays an important part in some of Donizetti’s opera. To honour this fact, the vineyard ‘Le Corne di Grumello del Monte’, near Bergamo, has named a Pinot Noir in Donizetti’s name, and every... 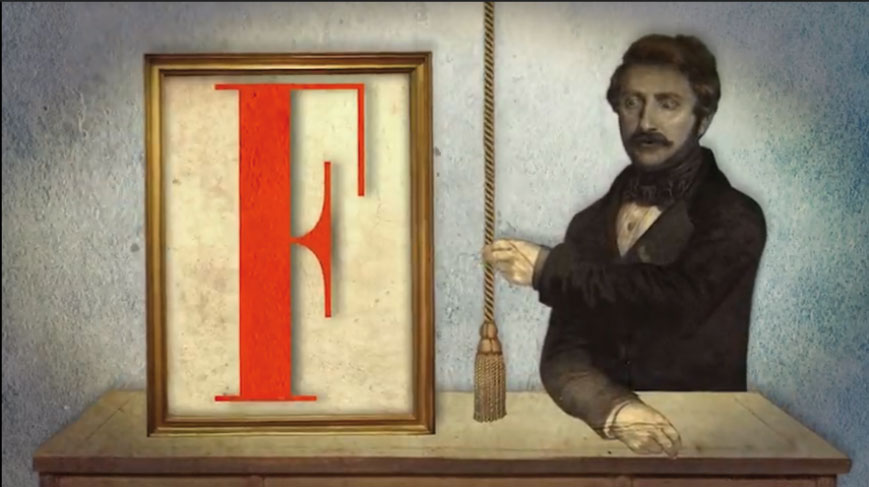 Syllabary
with Jacopo Ghilardotti
For Donizetti, large numbers reign supreme. In over sixty-five works performed during his career, it’s impossible that all would be a perfect success. His relationship with the theatre ‘La Scala’ in Milan, for example, was... 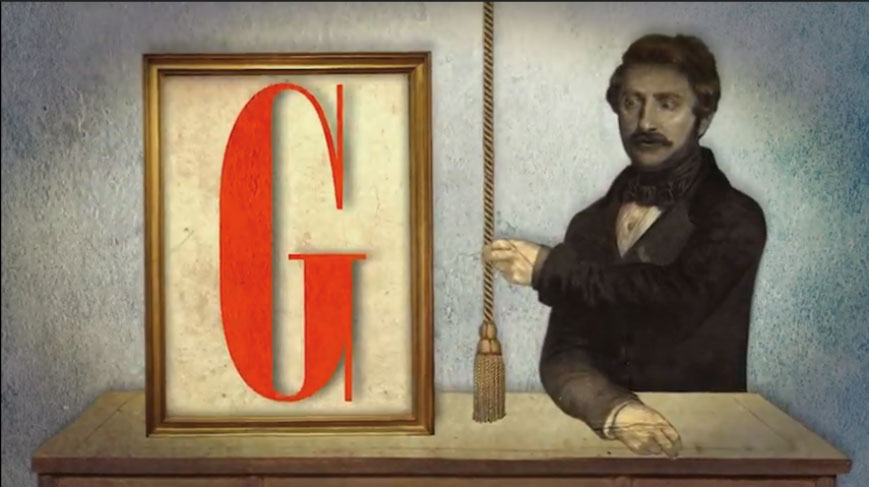 Syllabary
with Giovanni Gavazzeni
Unlike Donizetti, who left the city very young, the famous conductor Gianandrea Gavazzeni used to say, “I’ve insisted on living in Bergamo ever since I was born”. Much is due to the wisdom and knowledge of Gavazzeni that Donizetti... 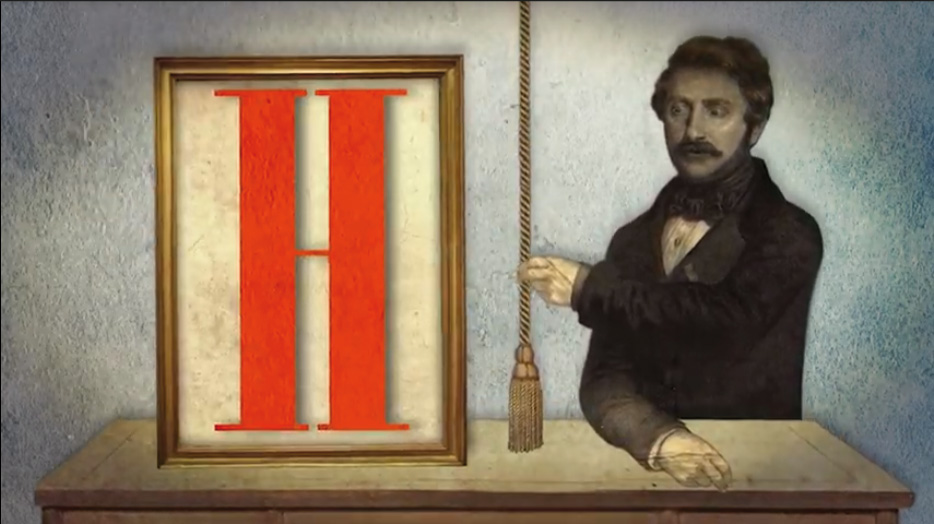 Syllabary
with Francesco Micheli
Characters often die on stage, but Donizetti’s operas witness unparalleled brutalities and massacres, even for the gloomy world of opera. The old, disused prison of Sant'Agata, is the ideal place to tell of... 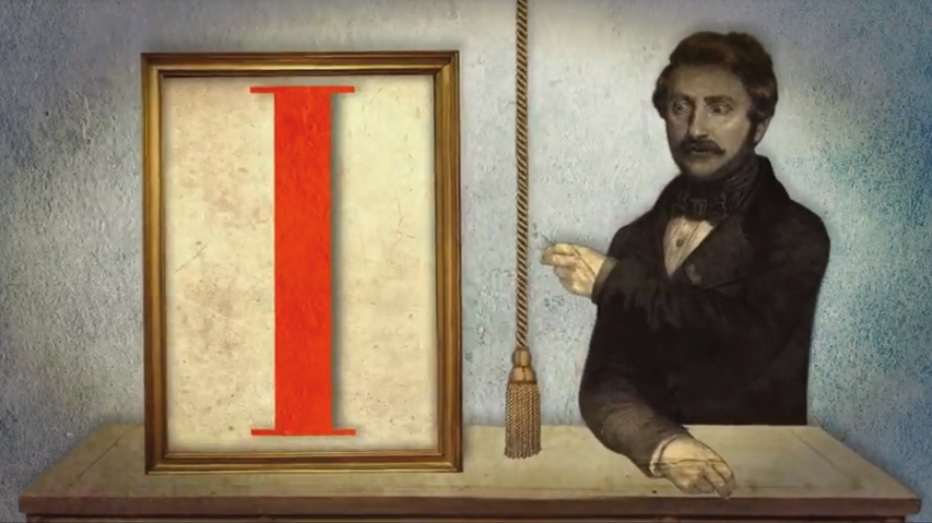 Syllabary
with Riccardo Muti and Leo Nucci
Gaetano Donizetti represents the culmination of belcanto in Italy, and a recognized exemplar of so-called ‘Italianness’ in the world. “I love Italy”, he wrote, “because I owe her my existence and... 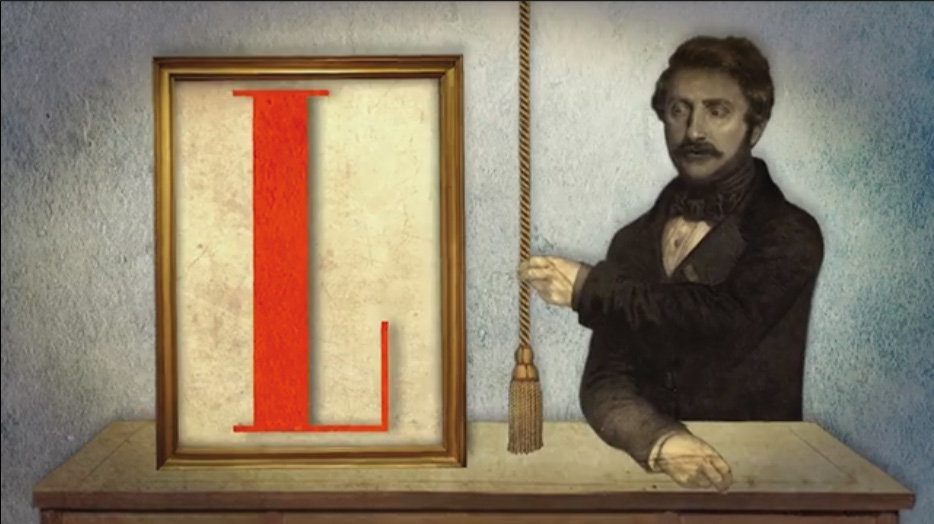 Syllabary
with Paolo Cascio
In his busy career, Donizetti crosses pens with more than twenty librettists. Bergamo’s Angelo Mai Civic Library, preserves the first editions of all of these librettos, and some precious original... 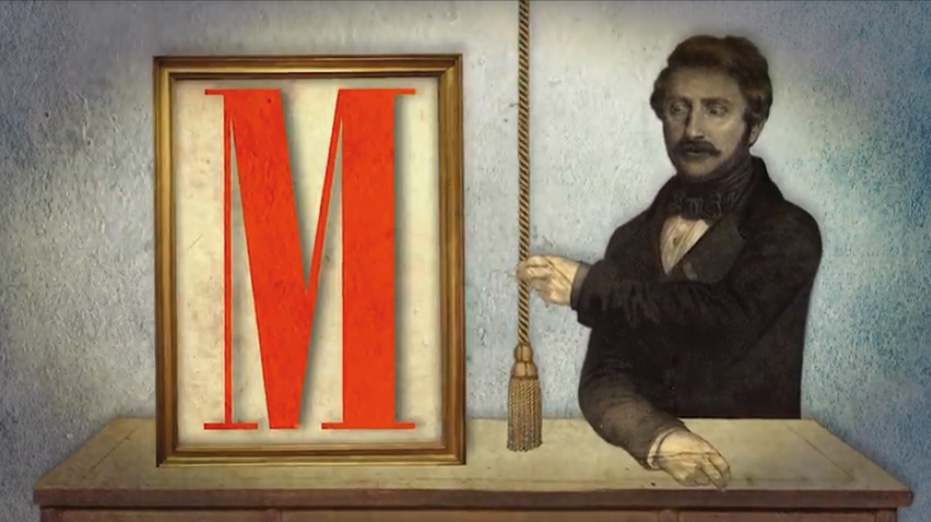 Syllabary
with Paolo Fabbri
As an opera composer and intellectual, the Bavarian Johann Simon Mayr, or Giovanni Simone Mayr, was a central figure in nineteenth century Bergamo. For Donizetti, he was a teacher, a benefactor, and a friend, and Donizetti loved him as a... 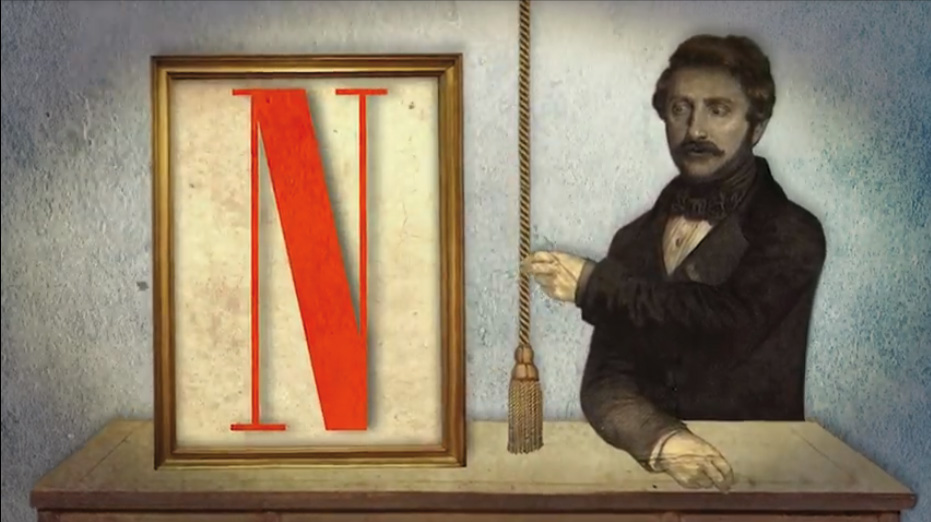 Syllabary
with Paolo Cascio
In his time, people were particularly critical of the rapid-fire rhythm at which Donizetti composed, scoring the notes of his craft with talent and an innate ability to simply pour out onto the page the structure of each opera and the...
Pagina 1 di 212»